"Architecture in Motion" entailed the creation of costumes to be worn in performance by two performers. The costumes reference key details of the elegant building of the former Women's City Club of St. Paul, MN, designed by architect Magnus Jemne in 1931 in the Art Deco style. The project was commissioned by FD13 Residency for the Arts in Minneapolis-Saint Paul, MN (Sara Cluggish, director). Research for the project was supported by a grant from the Graham Foundation for Advanced Studies in the Fine Arts. in June 2019, the costumes debuted in a performance in Minneapolis, created and directed by dance choreographer Chris Schlichting and performed by Minneapolis-based dancers. The choreography was directly influenced by the costumes and also the raw factory space where the performance took place. A second performance, How High the Sky was created by the performance company Every House Has a Door (Lin Hixson, director; Matthew Goulish, dramaturg and writer) at the Graham Foundation in Chicago in July 2019. In this second original version that included instrumental and vocal music, two performers personified the Jemne building itself through their movements, dramatizing the building’s history.

Click for 3-minute Video of Performance in Minneapolis, June 1, 2019 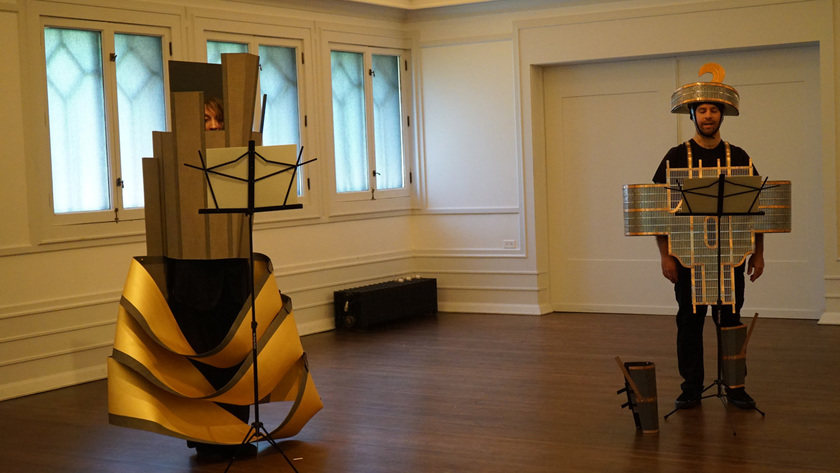 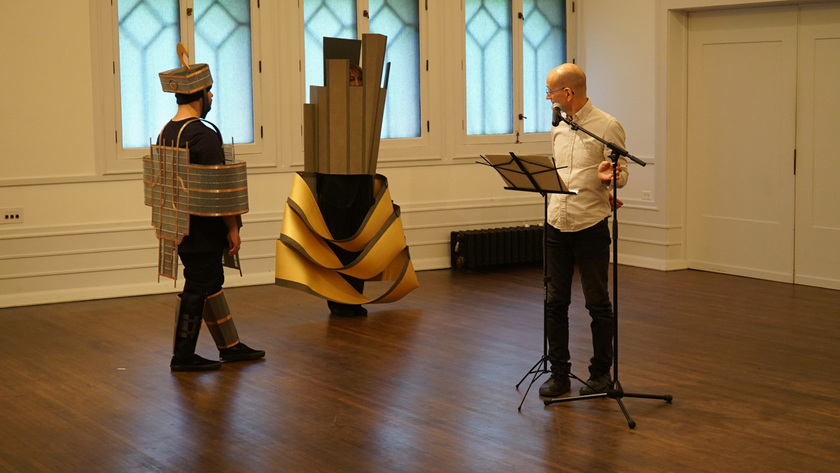